This week’s Creative Collision is with Paul Budnitz founder of Budnitz Bicycles. He previously launched Kidrobot, a producer and retailer of designer toys and is about to launch a new venture, Ello.co, a new social network without ads. I talked with Paul about his serial entrepreneurship, innovation inspiration, and Vermont.

Are you inspired to innovate to make things better that disturb or bug you for some reason, like bikes, or social networks?

I’m not sure I’d phrase it as there are things that are bugging me as much as that I see things that I wish were better. I fall in love with things and I wish they could be made as beautiful and wonderful and fantastic as they possibly could be. I think that is, in general, the artistic drive: the impossible task of trying to make our world perfect. Whether you’re an artist or an entrepreneur, you look at the world and wish that things were different. So, you take a small piece of the real world and say, “Oh, I can make this so great.”

To me, the things I do are the things I fall in love with because I want to make them perfect. That’s how Budnitz bikes came to be. I just wanted to make the perfect bicycle because I couldn’t find it. So I’d say it was less about being disturbed about things not being the way I want them to be and more about being excited about the way things could be.

Do most of your innovative enterprises come from your having a background in a wide variety of fields, like coding, art and filmmaking?

If you are very narrow minded in your approach to things, your tendency is to become a specialist and then you don’t see outside of your specialty. The innovators tend to be people who are thinking differently. My background is in art, coding and a little physics. When I got out of college, I had such a problem with authority that I discovered I was good at business. That allowed me to make money without having a boss!

My advantage is that I know a whole lot about a bunch of different things so that I can work with people who are great at those things and to be able to communicate well with them. I’m not a bicycle engineer; I can’t be the greatest bicycle designer. But I can work with them and design with them to create a great bike.

It helps that I do things. As I was getting into the bike business, I went to every bicycle shop and I rode every bicycle made, expensive ones and cheap ones. Everyone knew me in all of the shops. And they all knew, after a while, that I wasn’t going to buy anything. I would walk in there and ask really stupid questions. I’d go in and say “What’s that part called?” or “What makes a good crank?” and people would tell me. I didn’t know whether to believe them so I’d go out and ask someone else who would have a different opinion.

I kept on going in and asking stupid and innocent questions even when I kind of knew the answers. I ended up surprising a lot of those people when I finally showed up owning a bicycle company. They were highly skeptical, to say the least. Then they’d ride one of my Budnitz bikes and say, “This is amazing!”

You’re a serial maker. Why are you in Vermont?

What I like about Vermont is the innocence of the people. To me, parts of Vermont represent an evolution of how America could be and could’ve been everywhere else. The way people treat each other here, the work ethic here, that creates a great environment and a great place to bring up a family.

The work ethic here is strong. People seem to be always doing more than one thing. It’s nice that there’s less specialization than you see in the big cities where people are just one thing. In the city, I had a bookkeeper. Here in Vermont, I have a bookkeeper who also has a maple farm. People are a lot more well rounded here.

I think Vermont brand needs a little shining up. I think the brands of farms, maple syrup and folksy stuff actually inhibits some new things from happening. When I was raising money for Budnitz Bicycles, I had a hard time raising money for a company in Vermont. People would say “You’re doing what in Vermont? Well, we don’t invest outside of the cities.” I think that’s a branding issue, actually. There are small cities, like Boulder, CO, where we used to live, where you can start a high-tech company and investors won’t even blink. The same is true in parts of Texas and North Carolina.

The truth of the matter is that there is a lot of innovation and tech and fun new products going on here, more than in some of those other places. 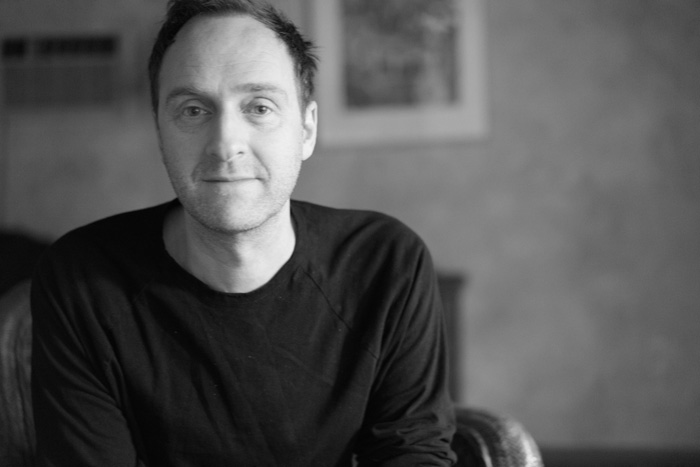 You’re about to launch Ello.co a new social media network. What is it?

My social media company is a little different since there are seven of us. We built the social network for ourselves and are now taking it public. We took all of the things we like from other social networks and got rid of all of the stuff we didn’t like. Then we made it really beautiful, because we’re designers. It’s starting to come out in beta, in pieces, at Ello.co.

We started with a premise everything was cluttered and busy and we wanted to move back to simplicity. Then we realized that advertising was the villain. That in fact when the business foundation is advertising, that is in conflict with the service itself. Like network television, you don’t want to see the ad, you want to see the show, but the ad pays for the show. The shows would be better without the ads

Vermont is like that. It has decided that life is better without billboards and has decided to sacrifice the money from the billboard companies. In some ways, the new venture is a Vermont take on social media.

In other social networks, every new feature is built to hook you in to show you more ads or gather more data to show you more ads. That’s who’s in charge. Our model is different. You can use it for free, forever. But every so often, we’re making very special features available to special users who can pay a small amount of money to use those features. For power users, for example.

The other premise we came up with is that this doesn’t have to be a $30 billion company. It can just be a company that makes money. We can make something great and make some money, but we don’t have to worry about the big cash out.

In all of your business ideas, you seem to have a really clear target client in mind, sometimes a small target. How do you get there?

When companies say their audience is “everyone”, look at what they end up making. Take Facebook; everyone’s on Facebook, case in point. Look at Walmart. I’d rather shop at the Co-op. It isn’t for everyone but more and more people can discover it’s for them. If City Market was for everyone that would be great. If Vermont were for everyone, that would be great, as long as they didn’t all move here. They could just make their state like this state.

In real life, I make things that I love. Then I do the stupid test: Can I make money making it? Then I ask: are there other people who would pay for something like this?

Our bicycles are a whole experience for you to ride. They make you feel good. It’s an amazing experience. It’s not just a bike.

Are you just going to keep on creating companies?

When I was a kid, I just wanted other kids to go out and play and makes things with me. That didn’t always happen and it was sometimes disappointing. Now that I’m an adult, I’m the same way: I want people to play with me, to make things with me. My ventures are a way of doing that, through innovation, design and business. I love it.